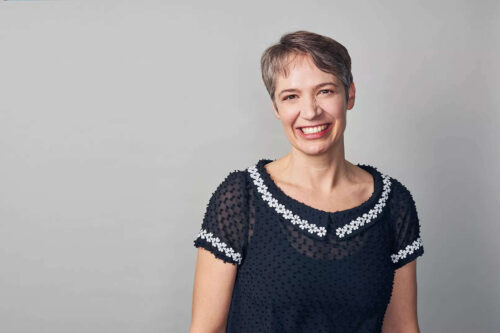 Charity Nebbe became the host of Talk of Iowa on Iowa Public Radio in 2010. It was a homecoming for her as she moved back to her native state.

She began her career in public radio at WOI Radio in Ames, Iowa when she was a student at Iowa State University and has been working in public radio ever since. Early in her career she created Chinwag Theater, a nationally syndicated public radio show that she produced and co-hosted with well-known author Daniel Pinkwater. She spent ten years as a host and producer at Michigan Radio in Ann Arbor.

In addition to her award winning radio work Charity is also the host of Iowa Ingredient on Iowa Public Television and the author of the children’s book “Our Walk in the Woods,” published in 2008. Charity is co-founder of Let Me Run Eastern Iowa Corridor, a character development and running program for boys. In 2020, Charity turned her love of reading into Talk of Iowa Book Club, where she interviews authors and encourages readers to discuss books on the official Facebook page.