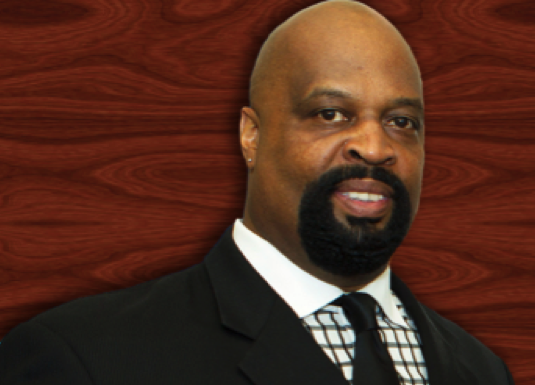 For Derrick Holmes, history is part of everything he does. In 2003, he founded what’s believed to be the only Black-owned watch and clock company, Banneker, Inc., which he named after Benjamin Banneker. Benjamin Banneker was an African American inventor, astronomer, mathematician and more, who in 1753, hand-carved America’s first striking-clock entirely from wood. Not only does Banneker, Inc. incorporate luxury woods into every design, they provide information on Benjamin Banneker so that purchasers can “Wear the History … Share the History.”

Then there’s C.R. Patterson, the formerly enslaved African American who in 1873 took his carriage-making skills and went into business with a white carriage maker in Greenfield, Ohio. Twenty years later, as the sole owner, he renamed it C.R. Patterson & Sons which, by 1918, had manufactured 30 to 150 automobiles.

C.R. Patterson & Sons was the only Black automobile company in America until 2017, when Derrick founded C.R. Patterson Automotive Design, named in Patterson’s honor. Just like with his watches, Derrick plans to infuse history into the company’s cars, trucks, utility vehicles, and buses—especially his school buses. While it is important for all people to know about this history, it is especially important for kids.

“Because for so many of our children—you know, African American children, children of color,” says Derrick, “everything that we knew, everything that was a part of what we were and is, was cut off. And it was never, never meant to be joined again.”

Derrick feels that reconnecting children to that history, to the greatness of Black people and all their contributions, is crucial.

“That’s one of the big things missing in the inner city,” says Derrick, “why these kids are killing each other. The value proposition of each other and other circumstances and things has caused us to not really understand who we are.”

To help kids connect with history, Derrick is working on an academy where kids will learn how to create plays that will include history.

Through another one of his companies, Esteem Entertainment, Derrick is also working on a documentary mini-series that will teach kids, along with adults, about Benjamin Banneker, C.R. Patterson, and many others whose stories must be told. Derrick envisions the series along the lines of History’s “The Men Who Built America” series.

“I’ve been talking with History Channel,” says Derrick. “They love the concept.”

But with COVID-induced production interruptions and other project priorities, Derrick’s proposed project is on hold. In the meantime, they’ve asked Esteem Entertainment to help develop some programming.

“I said, ‘We can do that.’” But Derrick’s ultimate goal is still to develop his mini-series.

In addition to taking pride in their heritage, Derrick wants kids to take pride in themselves. One way is with a class ring to commemorate high school graduation.

In 2007, through his company Deréon, Derrick created a class ring with Beyoncé.

“Her [Beyoncé’s] mother, Tina, because of Banneker and my design and the fact that we were dealing with all-white Jostens, she said, ‘Derrick I want you to take control the designs.’” He did, and the ring was a major hit that did “really well.”

Derrick learned from that experience of doing the first ever urban line of jewelry with Jostens.

“A lot of these kids in rural—in these more challenged financial areas—their parents can’t afford [a ring],” he says. “By the time you get through doing the essentials, the cap and gown, pictures and whatever, it’s like something has to give.”

Derrick doesn’t believe that something should have to give. He believes that, after 13 years of schooling, kids should get these things for free. That’s where he got the idea for his VIP program, which will give kids a Banneker watch, a ring, and a medallion for graduation.

An Appearance on “GIVE”

To fund the VIP Program, he’s looking to corporations and celebrities. But unlike donating to St. Jude’s or Wounded Warriors, which Derrick likes to donate to when he has “a few extra dollars,” those who donate will know where their money is going. Every celebrity went to high school or has a favorite high school and the money they donate will go to students at that school.

Derrick has already successfully partnered with one celebrity on the idea, which he calls VIP Program: Snoop Dogg.

To reach more celebrities, along with an additional source of funding, Derrick is working with Gary Reeves, one of the co-founders of GIVE, an Emmy award-winning philanthropy series starring actor Blair Underwood, also a co-founder, and Jenna Bush. In each episode, GIVE awards funds to two deserving nonprofits. Derrick’s Esteem Enterprises is slated to be one.

“Gary Reeves came up with a concept I love. He said, ‘You know, what? What about the parents? The parents, they should receive something. They should either get a watch or ring or a medallion and then they’ll be the VIPs.’” Derrick agrees and is integrating that into the VIP Program.

What’s next for the man who has seemingly done everything? A memoir. Through his memoir, Derrick wants to inspire kids and adults to believe that, despite past mistakes, they can still do and be anything that they want.

“By writing my memoir, hopefully it could act as an inspiration for people and children who read it,” says Derrick. “I hope that people can learn from the many setbacks and disappointments and business failures that I’ve had, because as an entrepreneur, you’re dealing with the unknown and you’re taking a chance based off of your vision and your passion and it doesn’t always go the way you would like for it to go. But if you don’t quit, and you continue to believe, you can and will reach some levels of success.”

Derrick’s many accomplishments, innovation and entrepreneurial spirit, along with his passion to integrate history into his work, make him a great role model for our Hip History Contest entrants. We’re grateful to him for donating his time to be a judge.