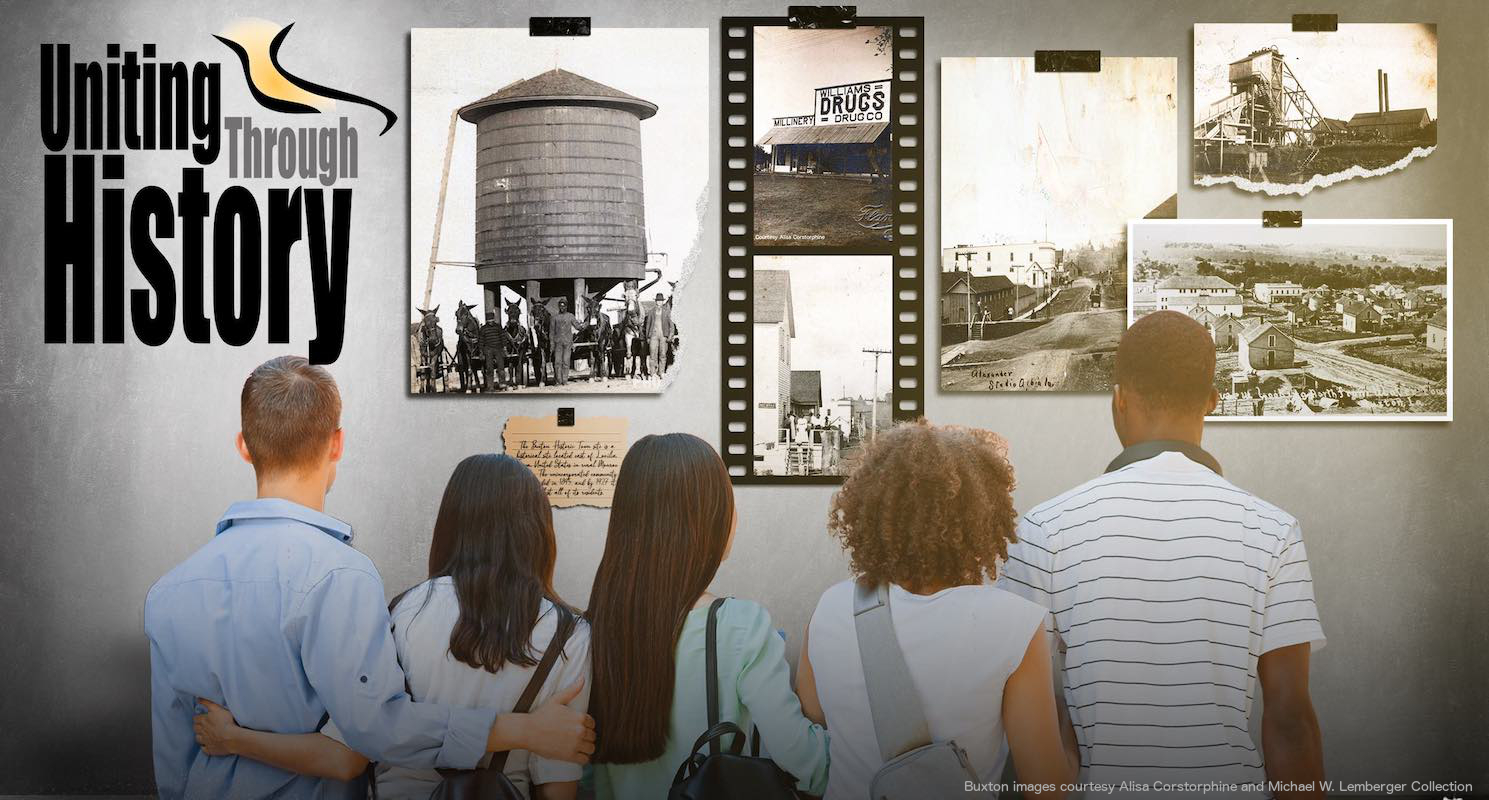 The excerpt below, taken from the Introduction of Creating the Black Utopia of Buxton, Iowa by Rachelle Chase, will be used for the Hip History Contest. The information is copyright protected but permission is granted to use the text in your entry, as you see fit.

Once upon a time, in a state that was 99.3 percent white and “foreign born” was the town of Buxton, Iowa—a town of 5,000 where 55 percent of the population was black.

While African Americans throughout the country lived in segregated neighborhoods, in Buxton, they lived in one-and-a-half-story, five-to-six room houses identical to and next door to their white neighbors.

While elsewhere African Americans weren’t allowed to shop in stores or dine in restaurants with white people, in Buxton, they shopped at and were clerks in the company store serving black and white customers.

While black men could be lynched for simply being accused of talking to a white woman, in Buxton, a black doctor delivered white babies and a black dentist treated a white woman.

While in other towns, black men couldn’t even enter a white YMCA, in Buxton, black men managed a $20,000 YMCA that was used by all races.

While at other places, African American miners worked in separate mines at lower wages, in Buxton, they worked in the same mines and received equal pay.

While in other places, blacks were hired for menial jobs, in Buxton, they worked in the company businesses doing many of the same jobs as whites, as well as owning restaurants, hotels, bakeries and other businesses that catered to both races.

In a time of Jim Crow, extreme racism and violence against African Americans, Buxton, Iowa, seems like a fantasy. But what makes the fantasy even more fantastic is that Buxton was created by a corporation. Not just any corporation, but a corporation dealing in two industries—coal mining and the railroad—known for racism and unequal treatment of blacks.

This is not a fantasy. This is the true story of Buxton, Iowa—the making of a black utopia.

NOTE TO ENTRANTS: There is no such thing as a “utopia.” In the case of Buxton, “utopia” is used to indicate that, considering what some Black Americans were experiencing elsewhere, coming to Buxton would have felt like a utopia of sorts.