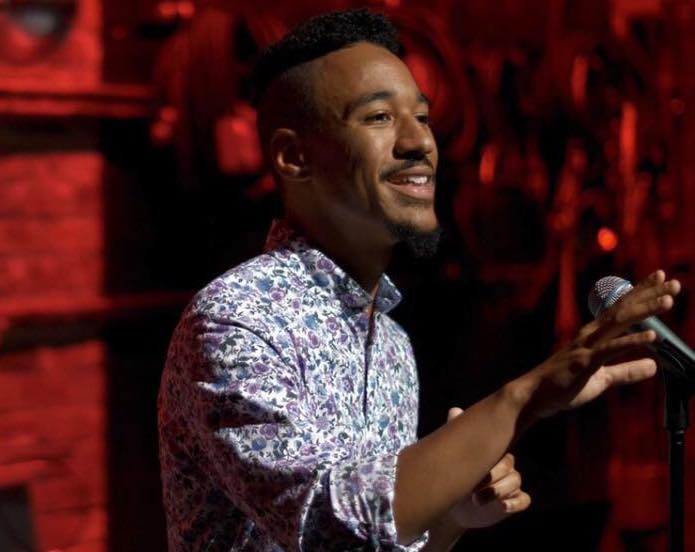 His second book, Heart Notes, was published in 2019. In 2020 he was named Best Poet/Spoken Word Performer in Cedar Rapids & Iowa City. He co-founded the literary magazine Black Art; Real Stories, was published in Iowa’s Best Emerging Poets – 2019 and the Little Village Magazine, and wrote a monthly column for The Real Mainstream.

As a performer, he is the winner of the Des Moines Poetry Slam, the Iowa City Poetry Slam, a two-time winner of the Fire & Ice Poetry Slam, and a finalist for the UNESCO City of Literature Global Poetry Slam – Iowa City. He has done spoken word across the nation including Iowa, Missouri, Nebraska, Wisconsin, Indiana, Minnesota, Colorado, Illinois, New York City, and has even performed internationally in London, England. He was the opening poet for Dan Brown, featured on the album Blk Boi Joy, and acted in the Iowa debut of the plays, Exit Strategy and Luna Gale.

When he is not writing and performing he is actively curating a community of spoken word poets in Iowa City through his creation of a high school program, IC Speaks, and producing local events like Poetry & Motion.

Caleb hails from Columbia, Missouri, and holds a bachelor’s degree in English (Creative Writing) from the University of Iowa.