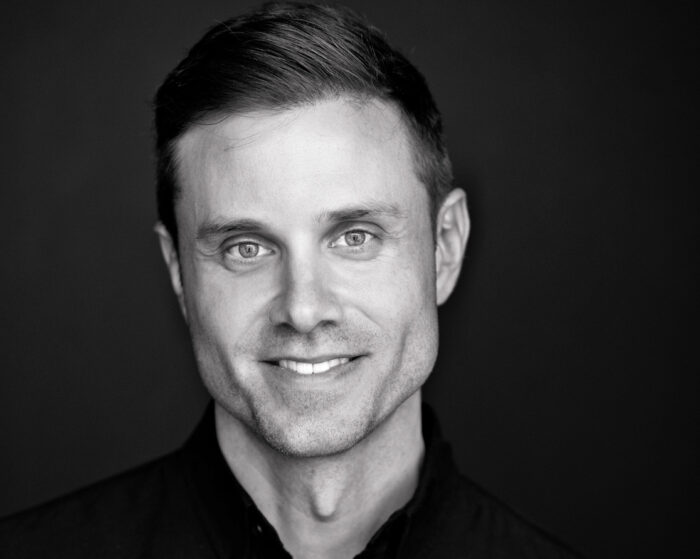 When you think of Iowa, a hub for actors, actresses, and models probably doesn’t come to mind. If that’s the case, on Day 3 of our Hip History Contest “Meet the Judges” series, we’d like to introduce you to Steve Myers and The Peak Agency in West Des Moines.

Myers represents about 1,500 talented men, women, and children in Iowa and the Midwest who star in commercials, TV shows, and movies, as well as model. Whether you’re looking to stay in Iowa and work for Hy-Vee or Von Mauer, or you want to try and make it big in Hollywood, The Peak Agency is where you want to be. Mike Kruse, an Iowa native and Peak client, appeared in an episode of Grey’s Anatomy last month as a guest star.

As president and agency director, Myers works closely with his clients to land them high-quality jobs in the entertainment industry. It’s his responsibility to work with companies and casting directors to match his clients with the right job, whether it’s a photoshoot for Walmart.com, a digital ad campaign for Casey’s, or a role on Dwayne “The Rock” Johnson’s new NBC series “Young Rock.”

“Seeing people have success—and everybody’s opinion or idea of success in the business is different—helping them achieve that, it’s very rewarding,” says Myers. “I really enjoy that part of the job. I’m involved in something that’s unique, and every day is different.”

When meeting with a talent agency, Myers says it’s important to come organized, informed, and ready to showcase your personality. A passion for the industry you’re pursuing, Myers added, is key to success.

“Agencies are looking for people that are serious about the industry; they have a passion for it, not just wanting to become famous or rich,” Myers says. “We’re talking about people that actually love the craft and love the work. Those are the people that agencies want to represent because they’re the ones that are willing to do the work and are going to be dedicated to it and stick around for the long haul.”

Myers is someone who has a passion for his work and is in it, as he says, for the long haul. He always knew he wanted to work for himself and developed a love for the business after partnering with a friend to open The Peak Agency in 2002. While his partner got “burned out with the business, which is very easy to do in this agency,” Myers stuck with it and has seen success.

“Most of the business I really truly love,” Myers says. “The best part is being able to see people pursue their dreams. We’ve had lots and lots of people that got their start here in Iowa and now they’re out working in major markets and working on TV shows and movies that are coming out in theaters.”

Two decades in, Myers is happily settled in his home state of Iowa, but dreams of opening another agency in the Midwest still cross his mind. For now, however, his goal is to continue building on his successes here.

“I want to build on what I’m doing here in Iowa—the work, the reputation, and make it as successful as possible,” Myers says. “I want to work with as many clients as possible and keep them as happy as possible.”