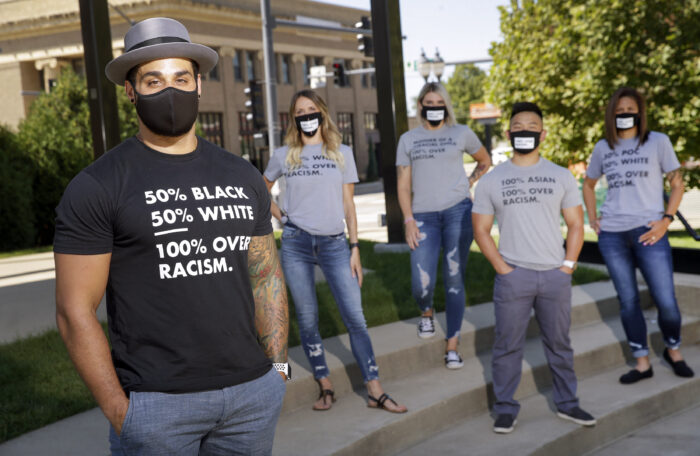 For Day 4 of our Hip History Contest “Meet the Judges” series, we’d like to introduce you to Lovar Davis Kidd. Kidd— also known as L.D.— is a self-described “jack of all trades and master of none.”

Those who have met L.D. certainly would not argue with the “jack of all trades” description. But master of none? That’s debatable.

Despite growing up with no dance education, L.D. trained for years at the University of Iowa and went on to work for Carnival Cruise Line, Disney California Adventure, and the national tour of Lin-Manuel Miranda’s Broadway show “In the Heights,” among many other dance adventures.

Though L.D.’s professional dance career effectively ended in 2012 after another knee surgery, his passion for the arts lives on in Iowa. He is a hip-hop instructor at Nolte Academy in Coralville and an adjunct instructor of hip-hop at the University of Iowa, where he will begin his Master of Fine Arts in dance this fall.

In his quest to “create community through movement,” L.D. also is a massage therapist and recently started 100% OVER RACISM, a line of clothing and accessories and a movement for racial equality and equity.

“I like to always joke around and say that I’m a jack of all trades and a master of none,” says L.D. “And it’s because I get bored fairly easily, but my focus was always on creating community through movement.”

Whether young people are looking to become professional dancers, arts educators, activists, or wherever their talent leads, “one of the biggest things is passion,” L.D. says.

“When you see somebody that’s super passionate about what they’re doing, that plays a huge role into [success] because with passion comes confidence, and with confidence comes a desire to continue moving forward.

“Let’s say you take the passion component away, and they may have taken every single dance class that’s ever been available to them, but you watch them perform and it’s just flat,” L.D. says. “Somebody who may not have all of the technical elements but has passion behind what they’re doing; it’s more impactful and more people can relate to that.”

In addition to starting 100% OVER RACISM, an anti-racism movement he began in the wake of George Floyd’s murder, L.D. also recently self-published a collection of poetry.

“Educate yourself and never stop learning,” L.D. says. “Strive to have a learner’s spirit.”

Now that he has “reached some of those bucket list goals,” L.D. says his focus now, “especially going into grad school, is how to expand as a solo performer a bit more.”

“Everything that I’ve done in the past has been about the ensemble, about the group. And I want to solidify my role as a solo inter-disciplinary artist and see where that takes me.”

Despite all his accomplishments, L.D. isn’t done learning and evolving. One of his keys to success is to “take advantage of every opportunity presented to you, even if you don’t necessarily know if that’s the route you’re going to go.”

“Really push yourself to follow your passions,” he says. “And if one door closes, open another.”