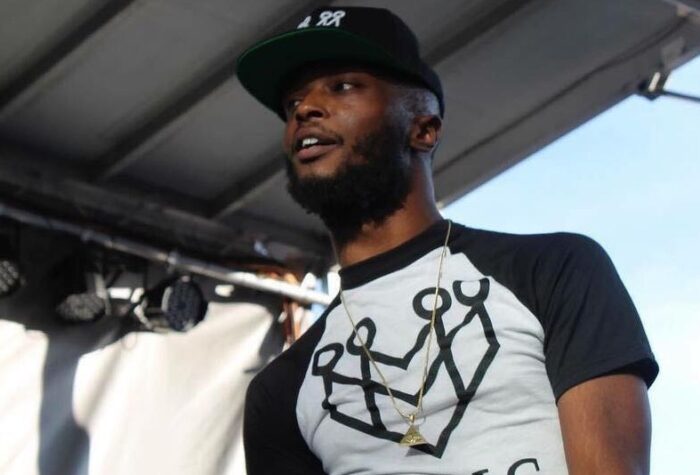 When the coronavirus pandemic shut down public life in the spring of 2020, artists like Marquas “MarKaus” Ashworth were unable to do what they do best: perform.

More than a year later, concerts still are not in full swing.

“You know, it’s weird, 2020 was low key supposed to be my biggest year,” says MarKaus, a Des Moines rapper and entrepreneur. “I put out the bourbon—everything was working, I sold a bunch. I was supposed to go on a massive tour.”

Thanks to MarKaus’ creativity and business acumen, his brand is stronger than ever. Though he began his career as a rap artist, MarKaus has expanded his business to be so much more.

He is the producer and founder of Media Fresh Records and started Ziyad, a whiskey distillery.

MarKaus isn’t waiting for a record label or talent agent to make him successful. He has harnessed his connections in music and business to create a name for himself not only in Iowa, but across the country.

“It’s a blessing that we were able to get the liquor out and do that and get it to the point that it’s at,” he says. “Before the alcohol, 70% of my income was shows. With the alcohol taking off the way it did—of course that [concerts] is an extra revenue stream that I’d love to have, but it’s not necessary to keep business going.”

On every bottle of Ziyad’s Burn the Boats whiskey, buyers can scan a QR code on their cell phones and listen to his album of the same name. The whiskey is sold on grocery shelves in nine states and can be purchased online to ship nationwide. At the same time MarKaus is growing as a businessman, the 2017 Iowa Artist of the Year also has found a creative way to put his music in front of more people.

Ziyad, named after a formerly enslaved North African man-turned-military general, was inspired by a family of bootleggers he met while traveling across Iowa.

“I just so happened to bump into some Prohibition-era whiskey makers, some bootleggers that taught me how to do it,” MarKaus says. “A lot of people think that I got into whiskey and just hit the ground running like the next year, but this was something that I’ve been developing for six, seven years.”

When talking to young artists, MarKaus encourages them to take hold of their own destiny and finances.

“It’s been the greatest blessing ever because it’s kept my label going. It’s kept my production company going. It’s opened doors that I wouldn’t have been able to get into,” MarKaus says of his whiskey business.

“I wish I would have believed in myself sooner,” he says.

“That’s my biggest advice to artists is to be yourself because no one else can be that. I have yet to meet a weirdo Black man living in Iowa, selling whiskey, rapping about the stuff I rap about. That’s me.”

At only 30 years old, MarKaus wants to be “an example for a young me.”

“I never saw a ‘me’ coming up. I never had access to a ‘me.’ I just want to be that for young minority folks and incubating other Black businesses. … I feel like Iowa, and Des Moines in particular, has a unique opportunity to become … a hyper-Black Wall Street that exists here in Iowa.”